I could be sipping a summer white wine on this unseasonably warm February evening, but my sister Jackie and her boyfriend Sean live in Seattle and it happens to be Sean’s birthday – Happy Birthday Sean!   So, when I saw a Meritage from Washington at the store today, I couldn’t NOT pick it up.

49% Merlot, 44% Cab Sauv, 6% Malbec, 1% Cab Franc.  Quite a blend!   This wine smelled powerful when I first opened it and when I took a sip it tasted pretty harsh.   After about 45 minutes of being open…   rich, powerful dark fruit on the nose.   It also smells like a cigar – sweet tobacco smell and a little campfire too.  Serious plum and cherry jam on the midpalate.   This wine finishes like a Cabernet, and yes, there is cab in it but since it is about half Merlot I expected the finish to be way more mellow.     But tasty nonetheless!   Just be sure to open this 45 minutes to an hour before consumption  :-) 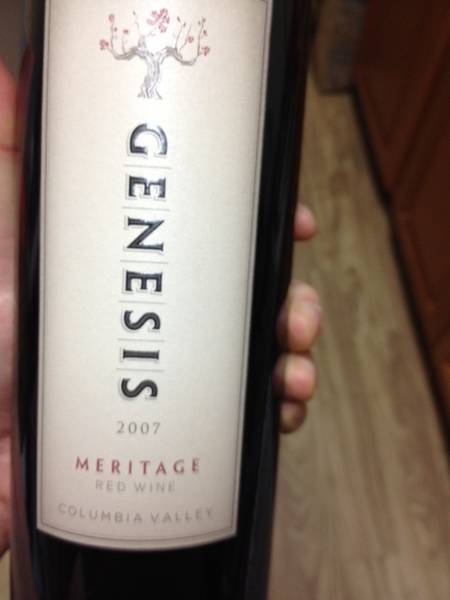